By: shykulasa On: Thursday, March 07, 2013  In: Food Trips, Pampanga  9 comments
We took advantage of the fact that we were already in Angeles, Pampanga for the Hot Air Balloon Festival  and so we headed downtown for a while to have a gastronomic fare of authentic Kapampangan cuisine. I call it sort of a mini culinary tour.

Going there from Clark Freeport Zone took us several stops to ask for directions and since its downtown Angeles City, we hurdled a lot of traffic and some wrong turns that took us probably 30 mins to finally reach the place. Our first stop was the famous eatery called EVERYBODY's CAFE located at Nepomart, in front of Nepo Mall. I heard its been around since 1946, not this branch though, the original branch located at San Fernando, Pampanga and had been featured by two famous food travel shows like Bobby Chin's World Cafe Asia and Andrew Zimmern’s Bizarre Foods. 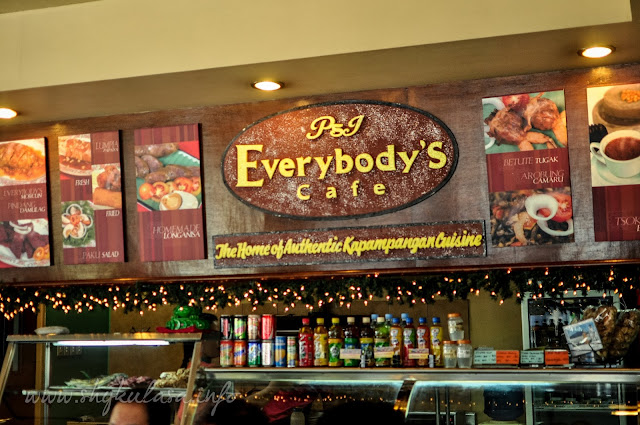 It's actually a carinderia type of restaurant where a selection of authentic Kapampangan cuisine are ready for the picking. But dont expect carinderia prices.  It took us a while before getting seated. We were 3rd on the line and a group of 12 and the place isn't big enough to accommodate a large number of diners. So while waiting we checked the selection  and excitedly ordered some interesting looking items to lessen our waiting time. 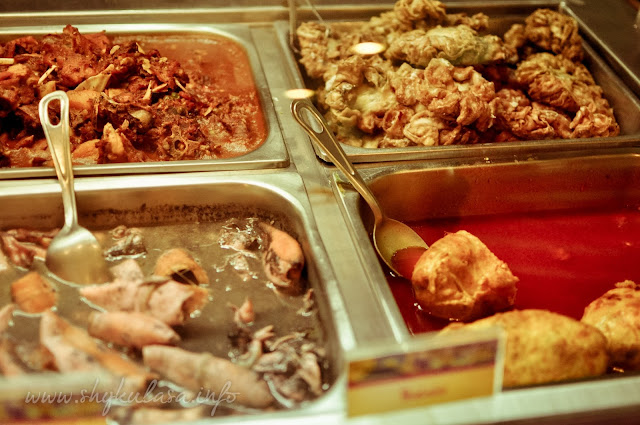 When we're settled down, food came in soon one by one and there's a free bulalo soup for everyone.
First off in the menu is the bizarre looking crickets called camaro.

WikiPilipinas described camaro as  mole crickets that are found in rice fields. They were marinated in adobo flavors, stir fried and very crisp. It's actually very tasty and would go well with rice or a bottle of beer. One order costs 250 pesos. Just dont stare at it before eating ;-).

Chicharong Bulaklak is a common street food enjoyed by many, but I'm not used to eating this coz of the unpleasant smell and the thought that any moment I might get a heart attack due to high cholesterol consumption, hehe.  This one though doesn't smell, so crispy and really appetizing. I think what's missing now from our menu is a bottle of beer, lol. An order of this is worth 290 pesos.

I didn't know that fern is actually edible, yeah this type of fern called Paku is edible and its not only edible, this paku salad tasted really good. It also got tomatoes, white onions and salted eggs in it with yummy vinegar dressing.


It didn't look like the usual Morcon that's being served during special holidays by our moms but it certainly looks delish. A popular fiesta food among Pinoys that is of Spanish influence but their version is made of ground pork instead of beef, with chorizo bits and tasted very rich and juicy.

We also had ampalaya with scrambled eggs but it tasted very bitter for my palate and so I didn't finish my share.

We missed the chance to finally try their famous stuffed frog since its not available that day.

For a group of 5 1/2, the 1/2 being my 5 yr old niece who finished her rice with just the bulalo soup (kuntento na sya ;-)) our total meal cost around 1,200 pesos or roughly 220 pesos per head. Well, Id say for the gastronomical adventure we did enjoy, 220 is not bad. The other group of 6 who joined us probably spent a bit more. 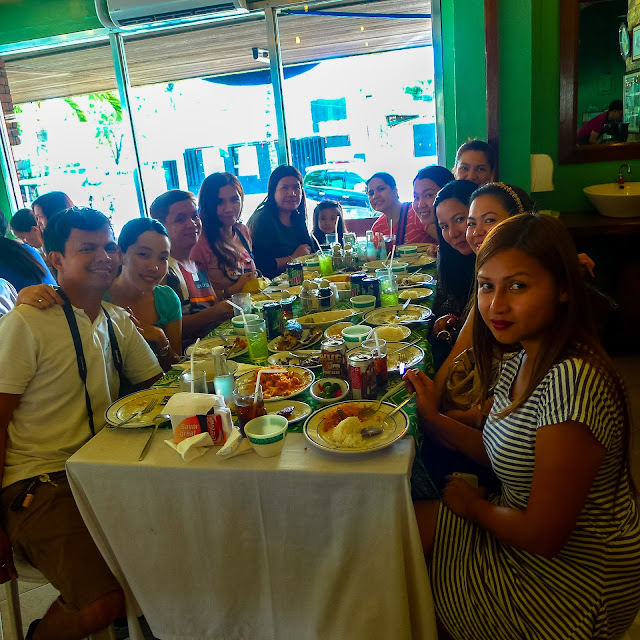 The whole experience was a lot of fun, a first for each one of us, laughing and giggling while trying each meal most especially the bizaare looking crickets and sporting a full tummy and a new found fondness for Kapampangan cuisine. 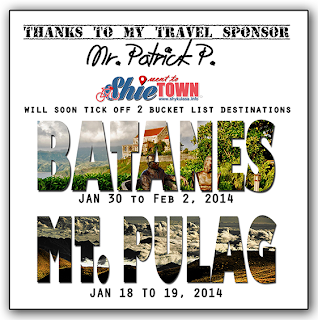